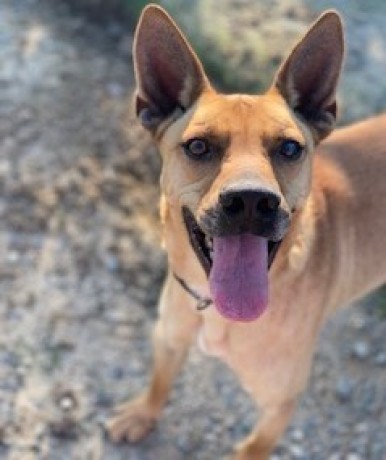 My name is Rohan. My two siblings, my mom and I were found as strays and taken in initially by the so called rescue D.W. which was subsequently closed down by the authorities. We were there for many months until 2nd Chance stepped in to save us as they were threatening to put us to sleep.

Please help 2nd Chance Dogs by donating to this fundraiser…
BY DONATING TO MY FUNDRAISER YOU ARE ALSO HELPING THE OTHER DOGS IN THE 2nd Chance Dogs Rehoming Center.
Ps. You can find out about us here... https://www.2ndchancedogs.org/dogs/

Lots of licks from all of us here at the 2nd Chance Dogs Rehoming Center!

Get updates to this fundraiser
Grab Our Widget